The town of Ivybridge was said, during the late 1980’s, to be the fastest-growing town in Europe. It lies just off the Southern tip of Dartmoor, with good road and rail links, being adjacent to the A38 Devon Expressway and local trains stopping at the “new” railway station, built in 1994. The town provides all one could require in terms of facilities, including a library and performance venue which doubles as a cinema. 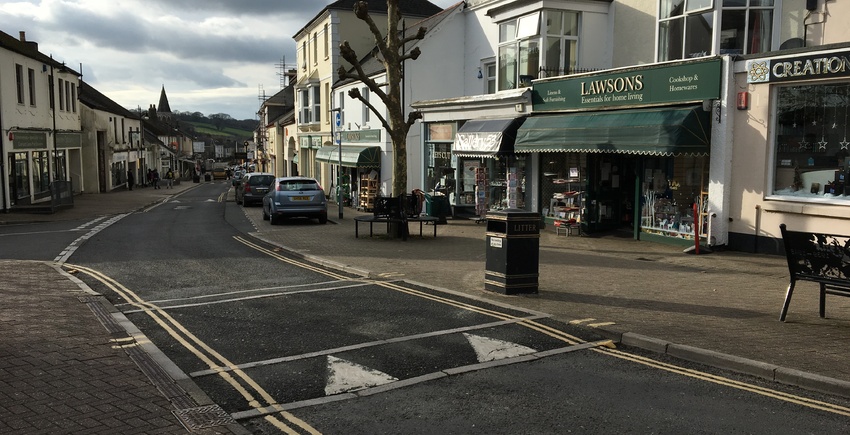 Ivybridge sits on the River Erme, the shortest river in Devon, but because of its fast flow it powered many mills along its length, the most notable of which was Stowford Paper Mill. It operated for over 200 years, from 1787 until its closure in 2013. This mill specialised in security-marked paper which was used for bank-notes, postage stamps and MOT certificates.

The name of Ivybridge derives from the ivy-clad bridge situated where the four parishes – Ugborough, Ermington, Cornwood and Harford - met, and from which the Parish of Ivybridge was created in 1894. This bridge was an important staging post from the 16th Century, and it was also during this time that most of the mills were built.

The tennis Club is on the road out of the town towards Ermington, and there is a comprehensive Leisure Centre in the centre of the town. There are also several eating establishments and takeaway restaurants catering for all tastes. Heading towards Plymouth is a large Wyevale Garden Centre with a Farm Shop on the approach, and a newly built Veterinary Centre.

The library and performance venue is imaginatively named “The Watermark”! The name being chosen from entries from residents in a competition run in the town when it was built in 2008. Tourist information is available here from the helpful staff, and there is also small café.

There are a wide selection of shops covering everything from outdoor clothing, to a butcher’s shop and electrical goods.
The town is now very much safer and quieter than it used to be as the A38, until 1972, ran right through the centre of the town!

Self-catering cottages in South Devon, on a working farm overlooking coastal village of Wembury, in an area of outstanding natural beauty. Close to beaches, coast path, city of Plymouth and Dartmoor.

Woodland Barton is a working farm set in the beautiful South Hams Countryside yet close to the A38. Ideal for visiting Dartmoor, the South Devon Coast, NT properties and the historic town of Totnes.