The pretty little villages of Noss Mayo & Newton Ferrers are hidden away on the southern bank of the Yealm estuary. You can get between the two villages by a ferry that operates a triangular route and calls in at the SW Coastal Path, Noss Mayo and Newton Ferrers. This ancient and secluded village is an ideal location if you’re looking to get away from the hustle and bustle of daily life and simply ‘mess about on the river’. 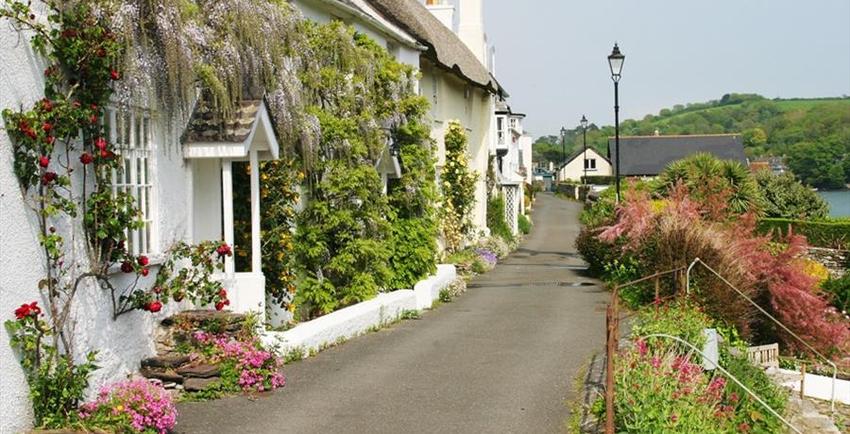 Noss Mayo is a village in the civil parish of Newton and Noss in the South Hams district of south-west Devon, about 6 miles south-east of Plymouth. It lies about a mile inland, on the southern bank of Newton Creek, an arm of the estuary of the River Yealm.

The village's church, dedicated to St. Peter, was built in 1882 by Edward Baring, 1st Baron Revelstoke (head of the family firm of Barings Bank) to a design by James Piers St Aubyn. It took over from the Church of St Peter the Poor Fisherman, Revelstoke which was built in 1226, on the coast just over a mile to the south. Despite being a village of just over 500 people, Noss Mayo has a colourful history. Although the nearby estate of Membland was mentioned in the Domesday Book, the first record of the parish is in 1198. In 1287 King Edward I gave Mathew Fitzjohn the manor of ‘Stok’ and so the village became known as Noss Mayo, which translates as ‘Mathew’s Nose’.

The village survived the Black Death and, because of its prime location on the Yealm estuary, became a smuggler’s haunt.