Surrounded by limestone cliffs, Beer is a traditional fishing village nestled in a sheltered cove on the Jurassic Coast. Sit in a deckchair on this pebbly beach and watch the fishing boats go out with the tide or hire one for a fishing trip. 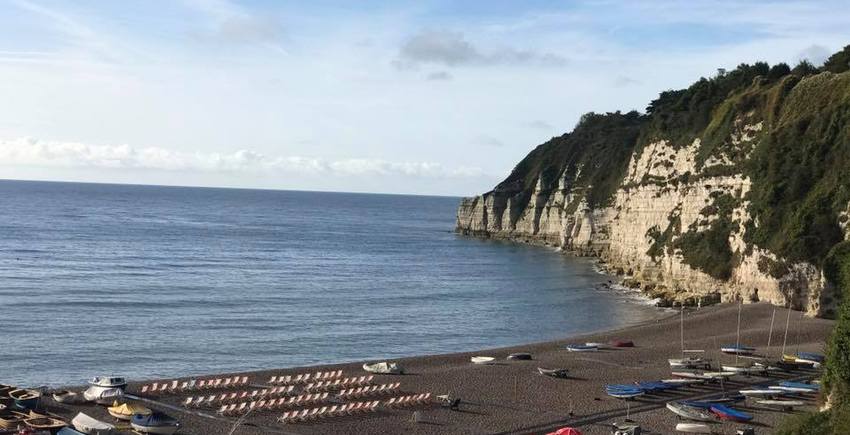 Visit Beer Quarry caves and discover the conditions in which stonemasons worked from Roman times to the 1920’s. Beer stone was used to build Exeter Cathedral and many other cathedrals and castles.

The caves were also used by smugglers, the most famous being Jack Rattenbury. He was nicknamed the Rob Roy of the west. He was born in 1778 and started smuggling at the age of 16. There was a cave that opened to the sea and linked to Beer Quarry caves. This is where all the contraband was hidden. After thirty years he wrote a book called Memoirs of a Smuggler with the help of a local clergyman.

For the model train enthusiast, both young and old, a visit to the beautiful gardens at Pecorama is a must. The exhibition hall is full of inspiring train layouts in many scales and gauges and a miniature train carries visitors through the magnificent gardens with stunning views across Lyme Bay.

Beer has a thriving sailing club with extra activities and festivities held every day during the August Regatta Week. Many people, old and new, return to Beer during this week to join in the Regatta. There are many boat trips and races, food, fancy dress and music and games held in the second week of August.