A productive day of making Seville orange and lemon marmalade!

It’s that time of year again, when I set to making lots of pots of delicious marmalade for the guests to enjoy during their stay. 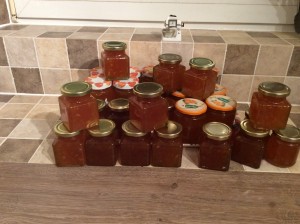 Here’s a recipe from the BBC Good Food Guide: