Festivals & Cider during your Farm Stay

Now that the days are longer and increasingly warmer we’re all getting in the mood to listen to some live music, enjoying delicious Devon food and locally produced Cider.

Devon has a variety of small music festivals, which have incredibly loyal audiences and fantastic artists performing – Here are a few for your diary and a link to local accommodation B&B,   Self Catering

It’s not all music at these events though, Oceanfest in North Devon which is set right on the beach in Croyde has children learning how to play beach volleyball and at the Lemonfest, in Newton Abbot, the street food market is very popular where you could find Thai, Moroccan, posh pasties and a traditional hog roast.

Just over the border in to Cornwall is the Eden Project which has become renowned for its ‘Eden Sessions’. Artists like Stereophonics (20thJune), Nile Rodgers & CHIC(21 June), 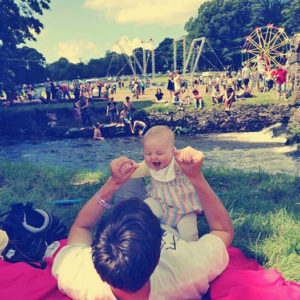 Family having fun at a festival

and Kylie Minogue (2nd& 3rdJuly) are all set to perform there this summer.

As well as these larger events, there are numerous much smaller events and literally hundreds of pubs across the Devon who welcome live music. Open mic nights are very popular too, so bring your best singing voice and join in with us locals; we’re a very welcoming bunch in Devon and might even buy you a drink.