Terry the ram goes to Woolfest

Terry is a rather handsome Exmoor Horn ram, with an impressive set of horns, and he has just had a short holiday in Cumbria visiting the massive Woolfest show. He was there with Lindy on her Exmoor Horn Wool stand and did a wonderful job of demonstrating wool on the hoof, in a super cool way, completely unfazed by the crowds passing his pen. Many stopped to chat to him and took photographs, although he did put his hoof down at selfies. The only time he got a bit mouthy was when it got close to his tea time, and he could see that Lindy and Julian, another Exmoor farmer involved with Exmoor Horn Wool, were so busy talking to people the thought of feeding him had completely gone out of their minds. 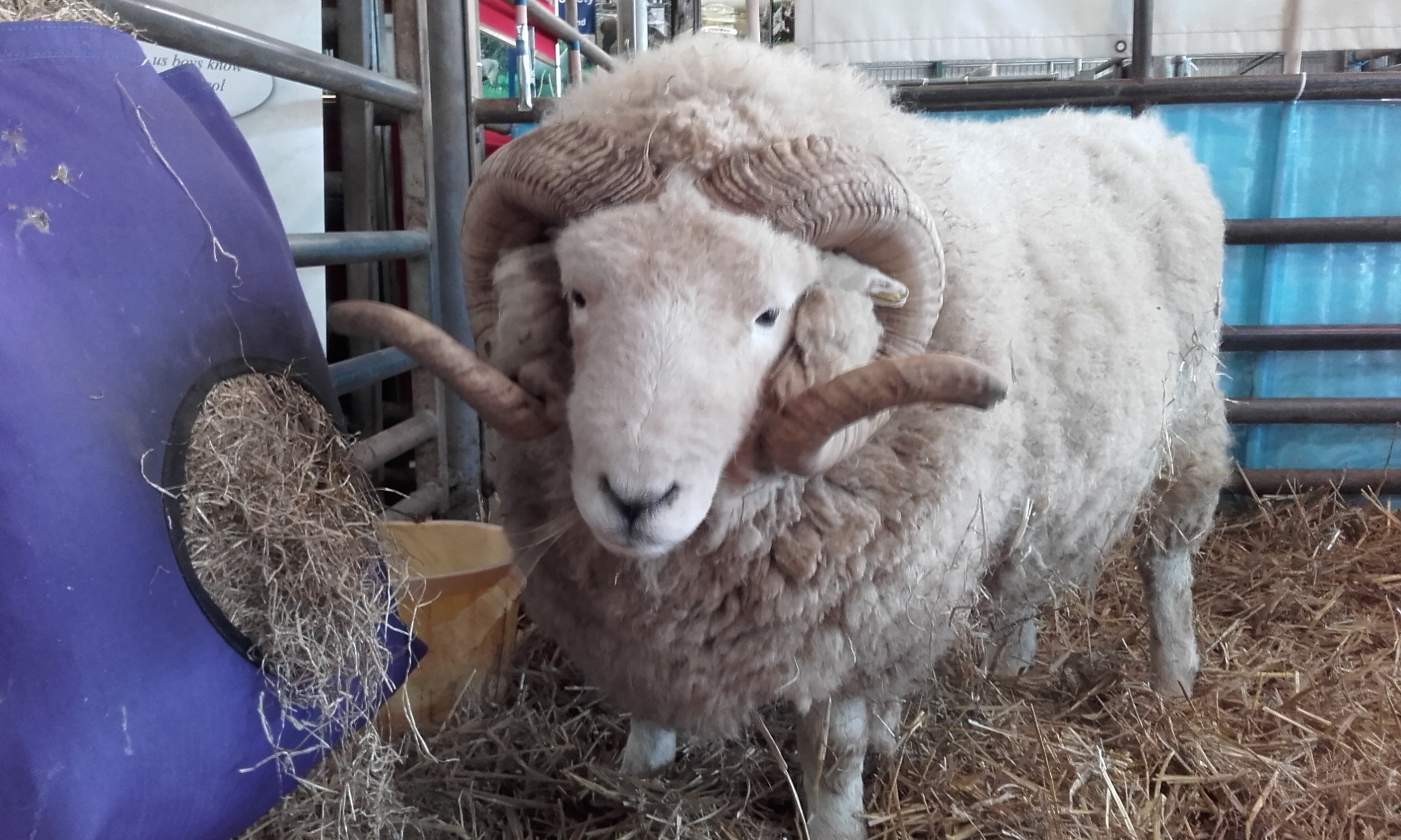 The Exmoor Horn Wool project is all about promoting and adding value to the Exmoor Horn sheep by selling their wool. Of all the hill breeds of sheep, Exmoor Horns have some of the finest wool. A group of Exmoor farmers, in partnership with the Exmoor National Park, got together a couple of years ago to form the Exmoor Horn Wool company and try and capitalise on the quality of the wool. Part of this involves taking stands at various shows, the most important of which is Woolfest, so important in fact that it required the presence of Mr Terry himself. 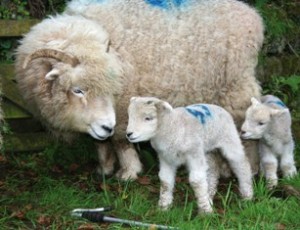 In contrast, the rams are more relaxed about life. For rams generally this is unusual, and trying to stop rams fighting each other is a constant problem. Terry lives with two Suffolk rams, who will fight over nothing. When Terry was first introduced to them we feared the worst so we had them penned up tight in the sheep shed, not allowing them room to take a run at each other. We need not have worried. Terry turned to face one of the shed supports, rammed it furiously with his horns until the whole shed shook, then turned to face the Suffolks. The two Suffolks both became very interested with something on the ground. They have got on ever since.