With the Rams starting to strut their stuff and curl their top lip in anticipation of what lies ahead, I knew it was time to make sure my Jacobs ewes were fit and ready for “tupping” time. (I love that word – it conjures up so much!)

The most time consuming job is checking and trimming feet and with 80 ewes and 4 feet each, I had a busy time ahead. I got together my bucket of tools – foot trimmers, dagging shears, blue spray, antibiotics, syringes and needles – ensuring I was well equipped should I encounter any other health issues. My dear shepherding mentor gave me two important lessons – you can’t shepherd sheep properly without a good dog, and, after a sound ticking-off one day, that blunt and rusty tools are a disgrace to the trade! (If you read this Richard, they are sharp and shining, as I couldn’t bear to face your wrath again!)

I decided to use my young dog, Nell. She was working well, but hadn’t done much pen work and I hoped the sheep wouldn’t take advantage once they realized she was inexperienced. They’re cleverer than they look, you know! I sent the dog out to the left – Come Bye – and soon the sheep came up the field grouped nicely together. There were a couple limping (clearly in need of a trim), but nothing on 3 legs so not too serious.

With the mouth to the pen wide open and the pen plenty big enough for the first 30 ewes, I thought this was going to be a piece of cake. Nell brought them swiftly to the pen and …………………… suddenly, on went the brakes and there they stood. Once they stop it can be game over, particularly with a young dog. Don’t shout at the dog, keep calm, and make some shushing noises, wave your crook and encourage the dog.  Good in theory, not a chance in practice. As time went on the volume of my dulcet tones did increase and it frightened the sheep more than the dog. Eventually we penned them; a fast move by Nell and an attempt at a fast move by me and we closed the pen quickly. 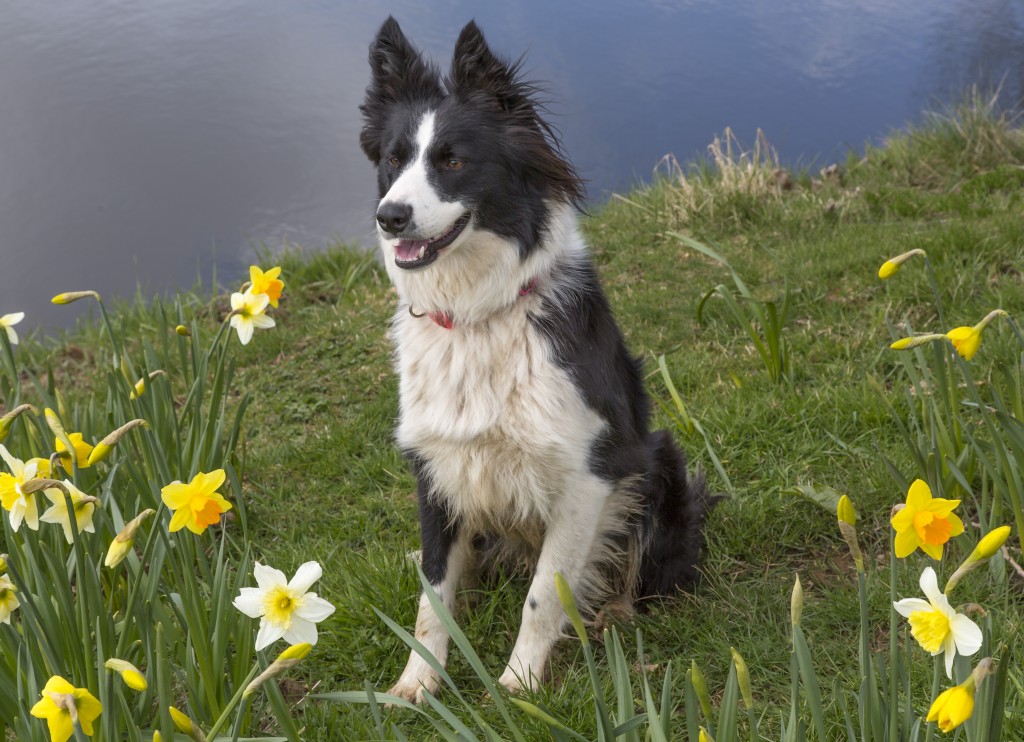 My raised voice had attracted my neighbour, who soon appeared over the farm gate to tease me. He watched as I swiftly turned over one sheep after another and sat them on their bottoms between my legs, holding them firmly between my knees. It looks a strange manoeuvre, but is an effective one. All 4 feet are inspected carefully, trimmed if necessary, a quick check of the teeth and udders and job done. Finally I place a small coloured crayon mark on their head to tell me I had done them. After about 10 sheep my back started to give me jip and the knees felt like they had been shot to pieces. Needless to say the turning over process became a bit laboured – being stubborn and not one to admit defeat in front of a male shepherd I politely, but firmly, refused help.

“What you need is a turnover crate  – you’re too old to be turning over sheep like that”.

“I can’t justify the expenditure for 80 ewes and just you mind your cheek – age is only a number”.

With that he was gone and no sooner had I done a couple more sheep (very slowly now), the said turnover crate was in situ. After a quick demonstration I was once more on my own, faced with this great metal monstrosity. I must say it did look easy to operate and fairly kind to the sheep as they lay on their backs, feet in the air. No struggling between my, now trembling, legs and knees.  So, with some trepidation, I inserted the first ewe. Two metal prongs slid neatly under her belly and I pulled the lever and over she went – easy! Next please! And so it continued until we were nearly finished. It was going so well that I was feeling over confident and rushing, my mind clearly on the next job. I wasn’t concentrating, pulled the wrong lever and, before I could react, the 2 prongs that go under the sheep to secure them in place, instead, smacked me in the mouth.

I took a lot of stick over the next few days as the locals viewed my swollen lip and dented pride. Needless to say, the metal monstrosity was returned to its rightful owner and I am now back with sheep clasped between my legs, a sore back and knees that have seen better days!