Home › Uncategorized › Christmas traditions cause a near miss at Harton Farm!

Christmas traditions cause a near miss at Harton Farm! 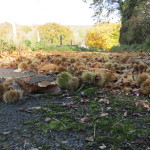 Christmas Days for farming families are full of traditions and are normally spent on the farm – animals still need to be fed and watered, even on Christmas day.  Here at Harton one of our favourite treats is roasting home grown chestnuts on the fire.  Nearly 40 years ago we planted some chestnut trees up our lane and, every so often, we get a crop with nuts that are actually big enough to roast! 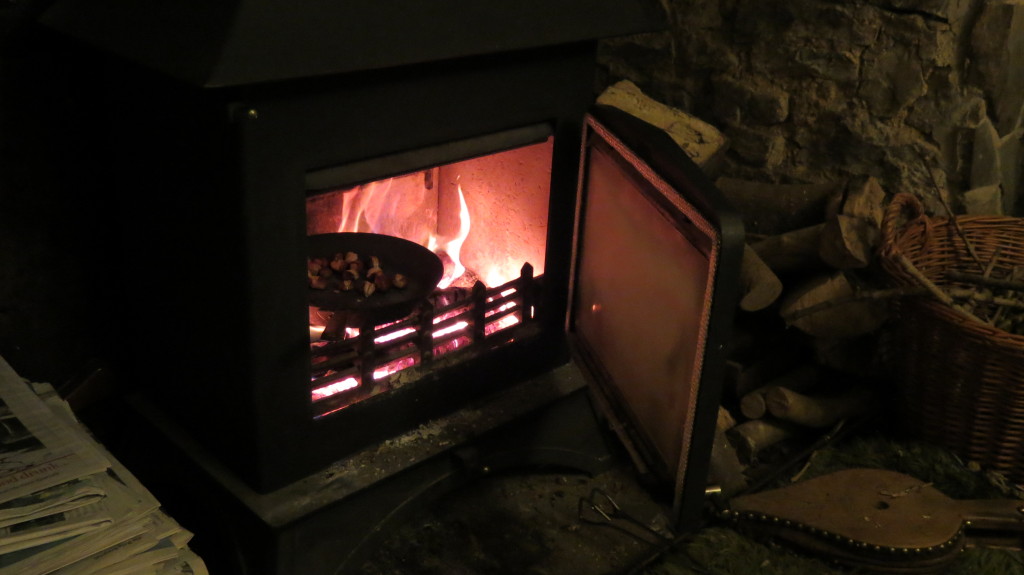 Another, and rather odd, tradition is to have the farm dogs in the house on Christmas morning for as long as it takes before the strong doggy smell becomes overwhelming.  Bruce, our sheepdog, Barley and Holly, the Clumber spaniels, and Teazle, the Springer, all live outside in their dog boxes during the year, so being allowed into the house involves great excitement, especially for the spaniels.  Bruce is not so sure, as his flat-eared look in the picture demonstrates. 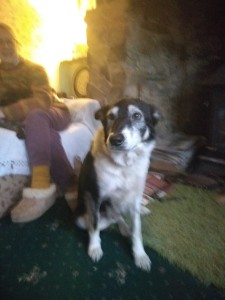 This period on Christmas morning is fraught with challenges.  The Christmas tree has to be defended against Bruce and Barley using it for the wrong purposes. Chocolates, glasses and various other things have to be moved to safety, as the Clumbers challenge Teazle to a circuit round the sitting room without touching the floor.  She normally wins as the Clumbers are a bit more earth-bound. Then there is the spaniel instinct to smell out, and flush, birds.  All three go beating at various shoots so finding and retrieving a dead pheasant is second nature.  However, picking up our turkey was not on the agenda and we only just stopped Barley doing just that, as shown in the photo.  Probably the biggest pheasant he had ever seen! www.hartonfarm.co.uk 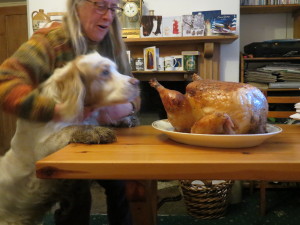