The Sidbury Bonfire and Firework display has developed since its inception in 1997 into a major attraction in the East Devon calendar.  The committee of volunteers provide a spectacular event with the fireworks designed and fired by experienced professional pyrotechnic, Ed Rhodes.  There is a good supply of hot food, plenty of mulled wine and a specially constructed, novel bonfire to keep spectators warm.  The whole show is situated in the beautiful grounds of Sidbury Manor by kind permission of Sir John Cave, and also Alan Derryman, who farms the land. 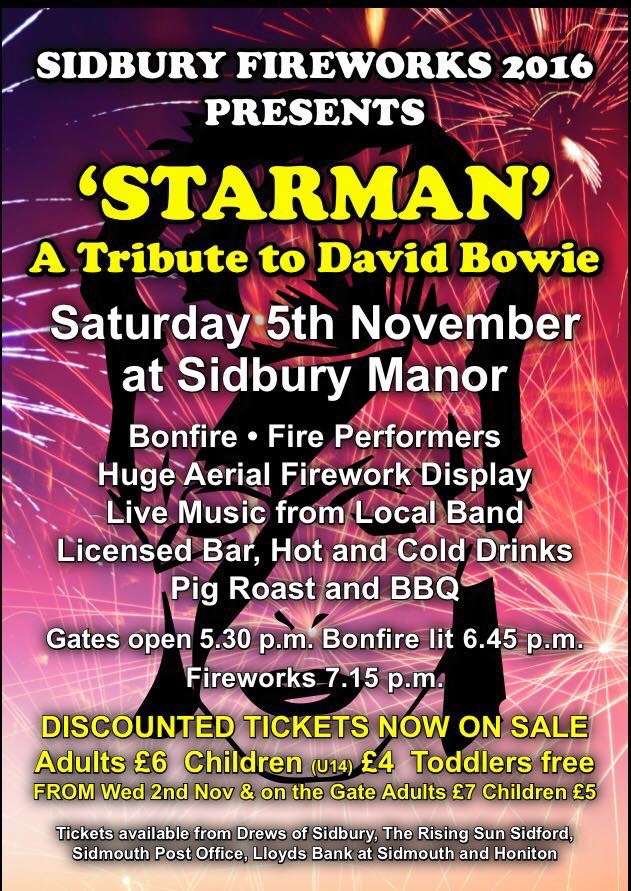 If you’re more of an adrenalin junkie then perhaps you should head to the famous Otter Tar Barrels evening.  The Tar Barrel tradition is hundreds of years old. The exact origins are unknown but probably started after the gunpowder plot of 1605.  Various alternative reasons suggested for burning barrels have included fumigation of cottages and as a warning of the approach of the Spanish armada.

The West Country has a history of torchlight processions and burning barrels and Ottery was only one of the many towns and villages following an annual tradition containing barrels which were rolled in the streets on November 5th each year. Somewhere along the line someone decided rolling was tame and carrying barrels on your shoulders was far more appealing, and so the present tradition was born.  Now Ottery is the only town in the country carrying full sized, flaming tar barrels through the streets. 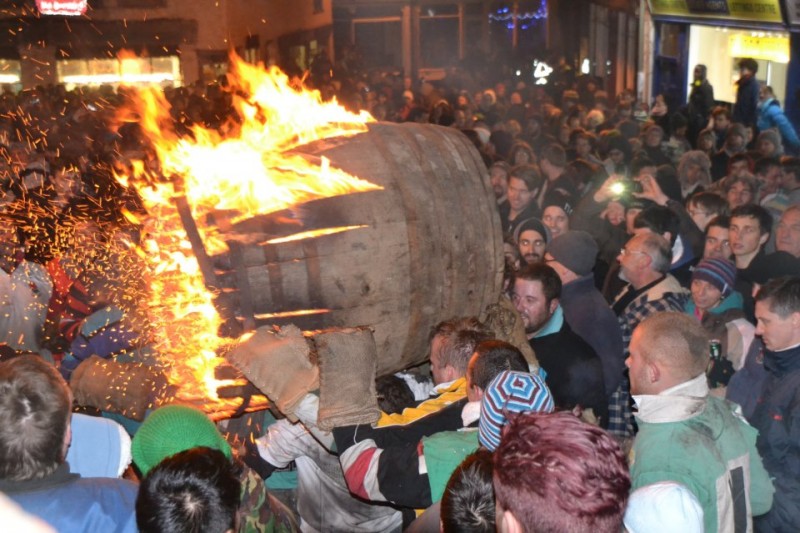 The procession of tableaux is also an old West Country tradition and is still a popular part of the winter months when most weekends will see a procession of brightly lit tableaux in a great many towns and villages.

However, the organisers are keen to warn people of the nature of the event: 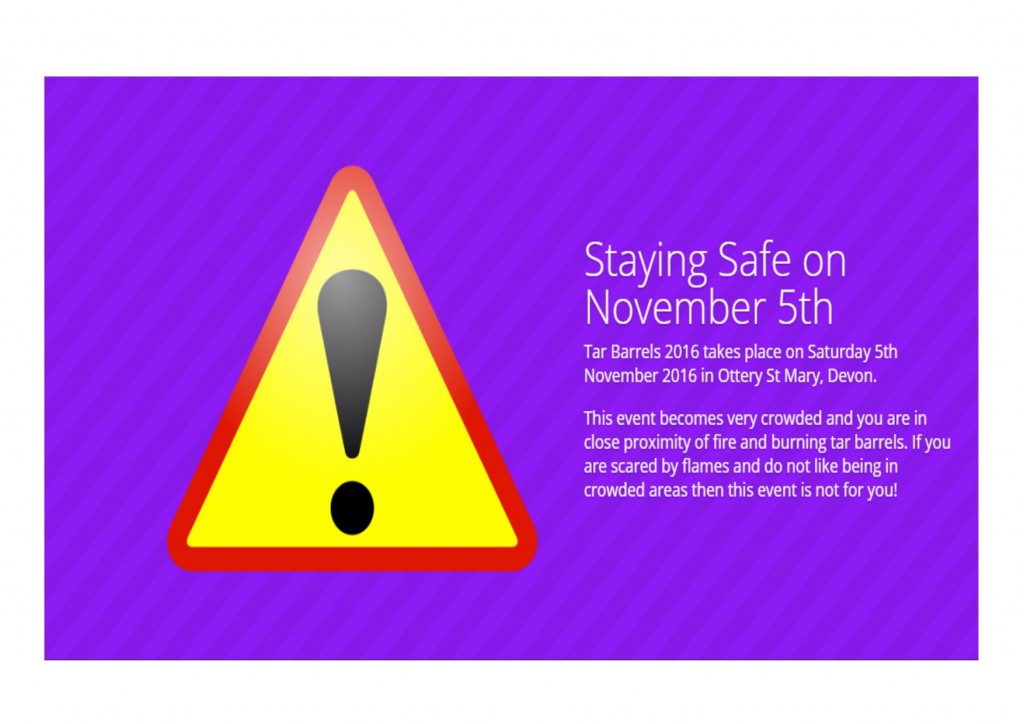 It is important that anyone intending to go to the Otter Tar Barrels event visits the website before attending so that they are properly informed of the guidelines and advice given out to the public – http://www.tarbarrels.co.uk/