Cows wait for the Cuckoo!

The sound of the Cuckoo is becoming increasingly rare, so I was pleased to hear a neighbour say they had heard the Cuckoo one morning. My father in law always used to say that the cows couldn’t go back out in the fields by night, after the winter, until the Cuckoo had been heard. 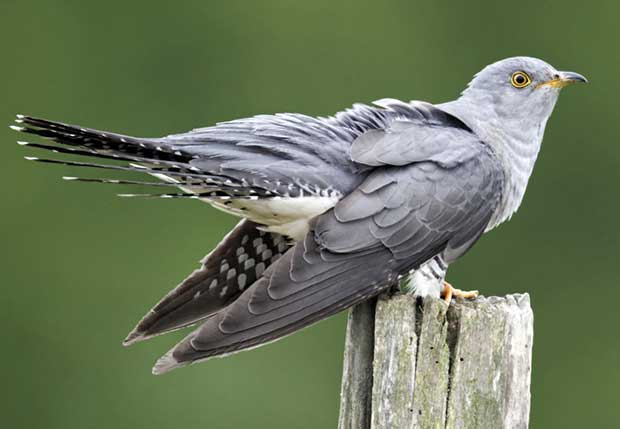 The Cuckoo is a dove-sized bird with blue grey upper parts, head and chest and dark barred white under parts.  With their sleek body, long tail and pointed wings they are not unlike Kestrels or Sparrowhawks in appearance.  However, their behaviour could not be more different. Sexes are similar and the young are brown. They are summer visitors and well-known brood parasites; the females laying their eggs in the nests of other birds, especially Meadow Pipits, Dunnocks and Reed Warblers.  Once hatched by their small, adoptive parents the fledgling Cuckoo evicts their hosts’ real offspring from the nest to avoid having to compete for food.  Their recent population decline makes this a Red List species and means you are sadly less likely to hear their distinctive call nowadays. 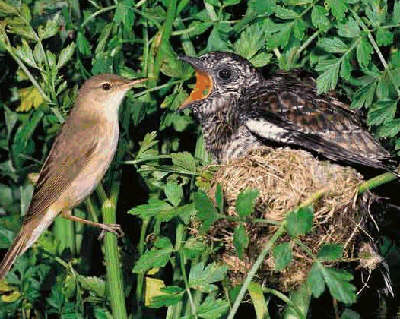