Daisy was the best, kindest cow I ever had the pleasure of owning; a really gentle lady.  She was a Friesian cross Hereford and, as is typical of that cross, black with a wide, white face, 3 white socks and white on the end of her tail. Goodness knows why I called her Daisy, but I suppose it sums up everything she was – pretty, delicate and always there. She formed part of my small suckler herd and had always calved with relative ease. I love having suckler cows, as it is so natural for the calf to stay with its mum until it’s weaned many months later. 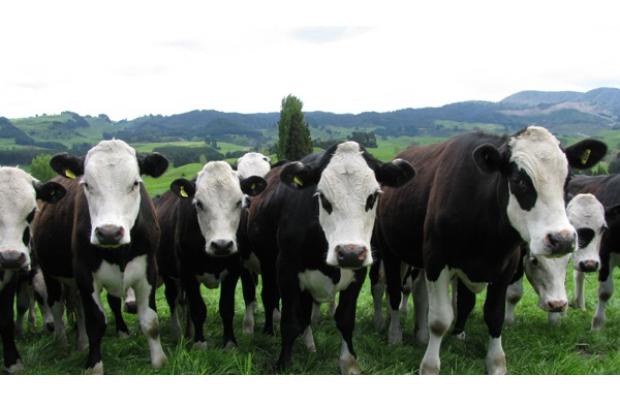 I had put her back in calf to a Blonde Aquitaine bull and was very excited at the prospect of new life on the farm.  A cow is in calf for about 283 days, similar to us in the region of 9 months, so I was fairly certain that the day was soon approaching when another beautiful calf was to grace our farm. 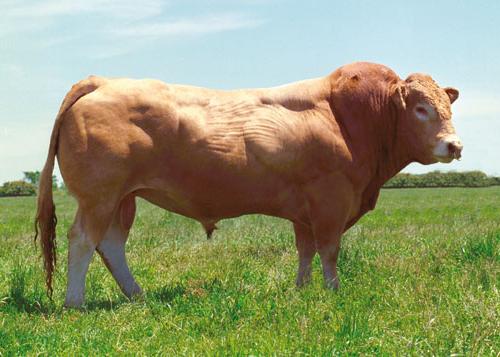 I had her in a field near the house so that I could keep a close eye on her and it wasn’t long before the day arrived and she was showing sure signs of starting to calve. It is so important that the cow remains as quiet as possible, but, after a while with no visible progress, I started to feel concerned that things were not as they should be. She was getting very agitated and clearly not getting on with the job as in previous calvings.  A very good friend of ours was an excellent cowman and I was soon on my mobile calling him from the field and describing what was going on.  I explained that Daisy has started calving and I felt slightly worried.

“She’s up and down like a yo-yo, but isn’t making much progress.”

He was soon in his Landrover and appeared at the gate, smiling as always. By this time there was one front foot in evidence, but not the two that we wanted. Given that she had been trying for some time, Joe shared my concern that she was getting tired and our help was needed. We decided that we would try and contain her up in the pen I had erected in the corner, but she was having none of it. She was getting wound up, which was completely the opposite to what we wanted. Joe ran to the car and produced a very long wound up rope.

“What on earth are you doing?”

“We need to catch her quickly and there is only one thing for it – I’m going to lasso her!”

He was deadly serious. I couldn’t believe it. I just laughed. But I soon stopped laughing. What happened next was a sight I shall never forget.  He wound the rope above his head, John Wayne style, and launched it some 10 to 15 metres in the air towards Daisy where it landed flat on the floor and she ran straight over it.  I told him in no uncertain terms that we needed to get more help and quickly and to stop playing games. He ignored me totally, wound the rope back in at speed and launched it again.  It was like watching a cowboy movie in slow motion! The noose came slowly down and seemed to hover a foot or so in front of Daisy low to the ground so her head went straight into it.  Unbelievable! Totally unbelievable! Joe turned his head slowly towards me and smiled a wry smile. No words, just a smile.

“That was amazing! Where on earth did you learn to do that?”

“Don’t you remember, I spent many years farming in South America and the kids out there learn to lasso anything that moves as soon as they can walk … chickens, dogs, cats and even each other.  It was the best thing I ever learnt to do out there and a skill that saves the day on many occasions – just like today.”

Joe let go of the rope and Daisy just stood there. Very, very slowly Joe picked up the rope, wound it back in and slipped a halter over her head and we tied her to the nearest tree. In the furore, another foot had appeared. Joe quickly tied a rope around each foot and I wound them around my waist.  We needed to get the head out as soon as possible. Daisy was still pushing thank goodness, so as quietly and carefully as possible, we pulled gently on the ropes, but we weren’t strong enough.  Still no result and I was adamant that we needed to call the vet.

“We need a ratchet, but we haven’t got one.  However, we’ve got my Landrover and we can tie the ropes to the bumper – that calf needs to be out”.

Clearly Daisy didn’t much care for this idea!  She let out this almighty bellow, gave one enormous push and the calf’s head appeared.  A beautiful golden coloured bull calf was born and seemed none the worse for his journey into the world.  Daisy turned slowly and began licking her newborn and within no time the calf was up and searching for the milk bar.  A truly wonderful sight!