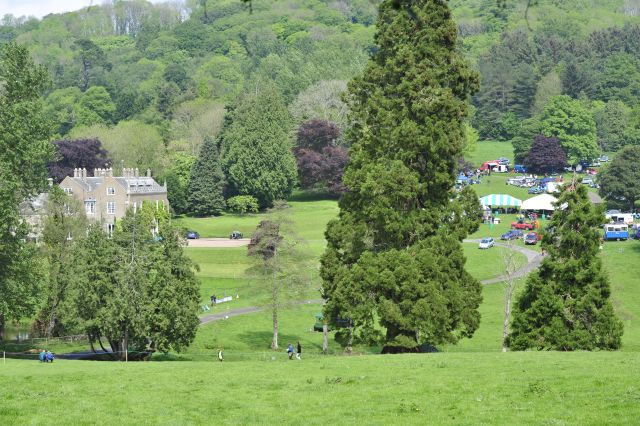 Situated in the picturesque grounds of Wiscombe House, some drivers believe that Wiscombe Park is one of the most, if not THE most, challenging hill in the national championship.  Once you have witnessed the drivers fighting their machines through the camber changes of The Esses and then rounding the hairpins at Sawbench and Martini, it becomes obvious that this is a ‘driver’s hill’ – a demanding ‘driver’s hill’! 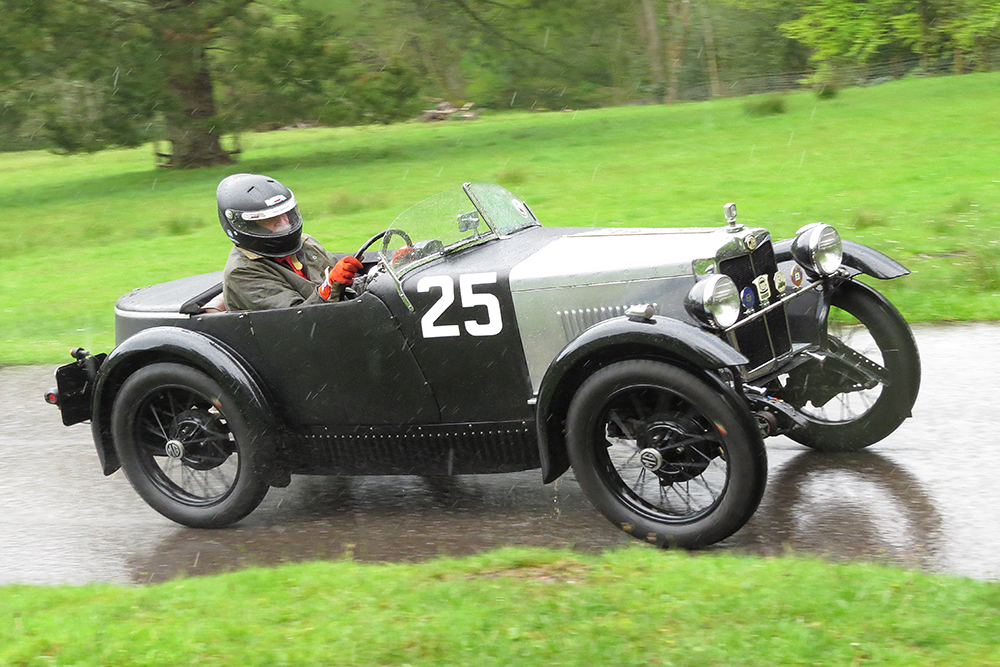 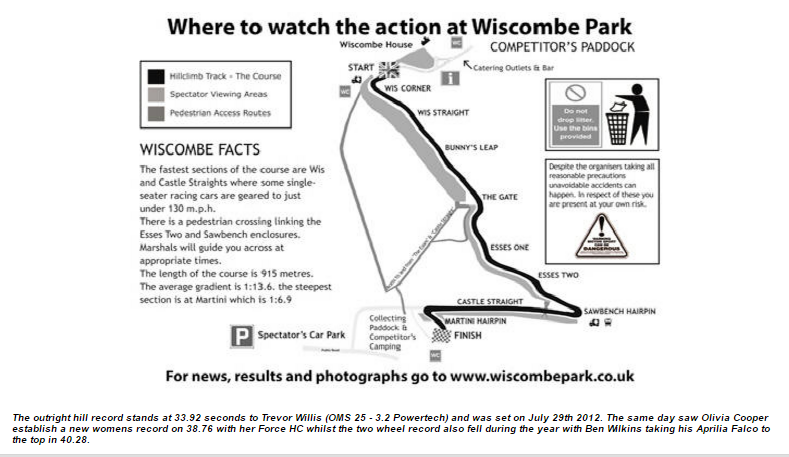 The fastest sections of the course are the Wis and Castle Straights where, in the case of the latter, the fastest cars are geared to achieve 125 m.p.h.  A controlled pedestrian crossing (Castle Straight) enables spectators to migrate from the enclosure at the Esses to the Sawbench Hairpin and vice versa. This crossing is open after the competing cars return down the hill in groups.

Wiscombe House, adjacent to the competitors paddock, was built in 1820 by the Gordon family and was purchased by Richard and Bunny Chichester in 1953. Major Richard Chichester had befriended Major Charles Lambton, an officer in the Coldstream Guards, and upon the latter’s first visit to Wiscombe Park the duo decided that it would be ideal for a hill climb course. After much planning, organisation and consultation, involving Denis ‘Jenks’ Jenkinson, the first hill climb meeting was staged on August 24th 1958. One of the organising clubs was the Yeovil car Club and the drivers paid thirty shillings (£1.50) to enter. At this time the course finished at the Sawbench hairpin. Castle Staright and the Martini Hairpin were added during the winter of 1960/61. The following year saw the first visit of the National R.A.C. Championship. 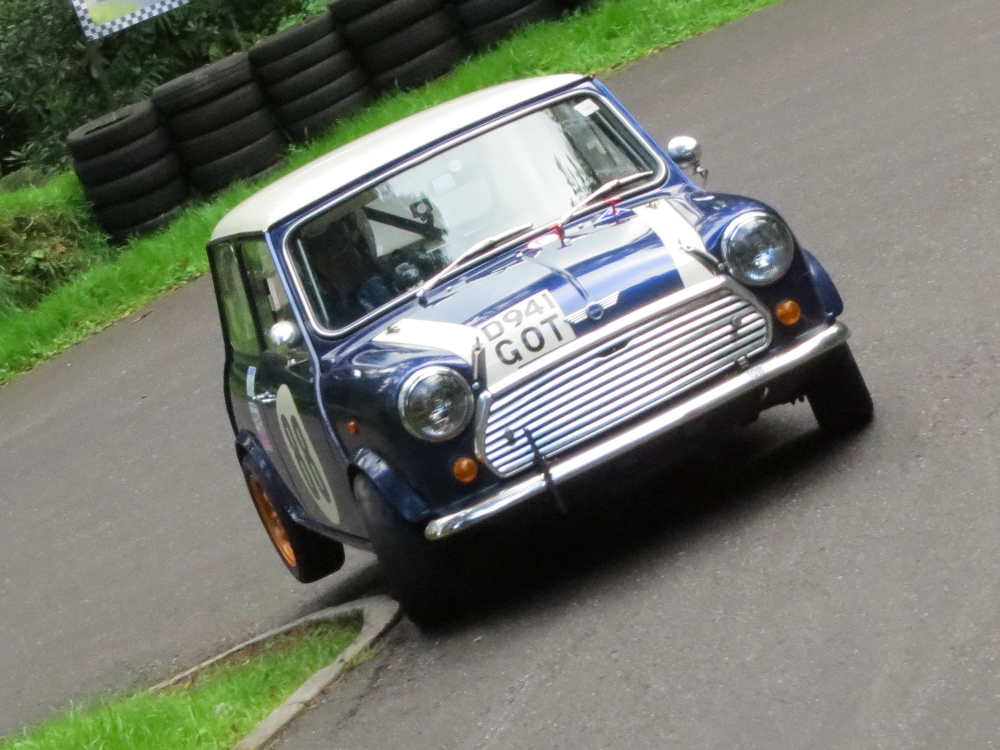 Catering facilities are available in the competitors paddock (admission FREE of charge) where a selection of food and beverages are available, both hot and cold, including breakfast rolls etc. A licenced bar is also open at the appropriate hours offering a range of alcoholic drinks, including beers from the local Otter Brewery. You can also enjoy an ice cream whilst you relax and watch the action.

There is a way of being part of the action………….

Although the spectating experience at Wiscombe Park provides you with a first class view and a certain involvement, there is a way to get even closer to the action and be part of the team which delivers the first class motor sport events here at Wiscombe and that is to become a marshal. 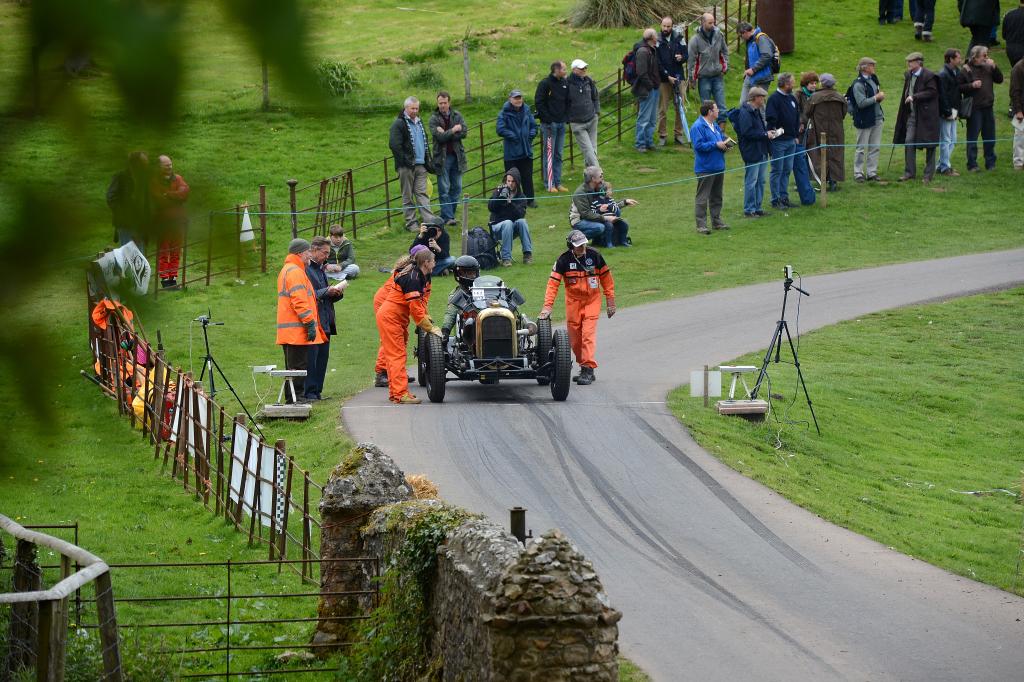 The majority of motor sport in this country would not exist if it were not for the volunteer force of marshals, and Wiscombe park is no exception. The fact that these individuals are volunteers in no way compromises their skills and expertise, but do not let this wealth of experience deter you if you are a ‘rookie’ marshal or have yet to ‘step forward’. At most events the chief marshal ensures that there is a balance of experience on each post so there is usually a mix of experienced marshals working alongside those who are ‘learning the ropes’.

Being a marshal does not necessarily require you to take a position on the hill itself as there are other duties within the competitors paddock, in the collecting paddock (at the end of the course) and on the startline.

There will also be the opportunity to attend training courses if you should wish to further your skills and knowledge.  At Wiscombe Park there are a number of motor clubs promoting events.   If you go to  www.wiscombepark.com/marshals you can find the names of the clubs and a link to their websites to enable you to e-mail the Chief Marshal of each event to offer your services or to discuss the role of a marshal further.

Wiscombe lies south of Honiton and to the east of Axminster, a short drive from the A30, A35 or A3052

Paddock Transfer to all meetings – FREE

The vintage car and motorcycle competition usually runs in early May.  If you have missed this year’s make sure you’re booked in locally for next year!