If you go down to the dunes today…….

If you go down to the (Woolacombe) dunes today,

You’re sure of a big surprise.

If you go down to the (Woolacombe) dunes today

You might just bump into a rather handsome North Devon Red cow!  The National Trust are running a conservation project in partnership with a local farmer which aims to enhance habitat management for the diverse species of wildlife in the area. 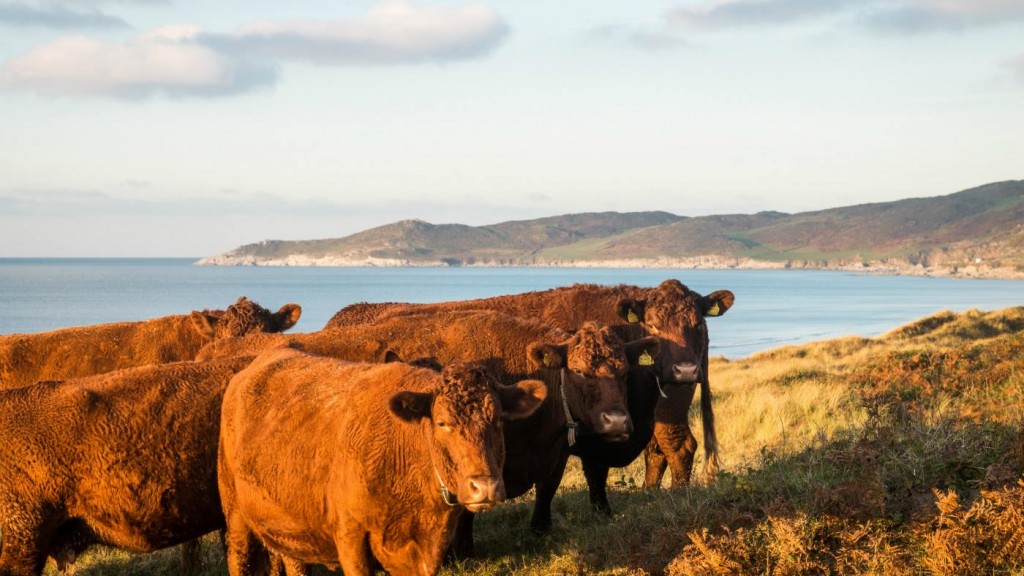 The project using North Devon Red cows to graze the sand dunes at Woolacombe was driven by the aim to provide a space for nature, a space for wild flowers and fine grasses that support pollinators, invertebrates, reptiles, amphibians and birds.  This is part of the Trust’s aim to manage their own land for the benefit of nature and restore the health of the countryside to bring back the dwindling wildlife.  Historically the sand dunes had been managed by man, using mechanical techniques (ie mowers) to manage scrub and improve the habitat.

With no ecosystem engineers (like the North Devon Red ladies!) capable of breaking up the dense bramble at the Warren, and it being isolated from other healthy habitats to support it, it looked unlikely that the habitat would build itself into anything rich and diverse.  However, the Trust wanted a habitat that benefits both wildlife and human well-being.  The Aquatic Training Centre at Woolacombe, where tens of thousands of US troops trained in preparation for D-Day, was probably the greatest influence on the current state of the habitat.

Obviously, erecting miles of fencing to separate the dunes from the beach would have been extremely costly, unsightly and prohibitive to the enjoyment of the dunes by the general public.  However, a new technology, invisible fencing, allowed the Trust to look at how they could use cows to break up the scrub in a manner which would help improve conditions for the species that need a helping hand. The North Devon Red cows graze the scrub erratically, creating a range of height and variety in the plant life, in a more gentle way than mowing. This helps to generate a rich and sustainable environment with a variety of habitats for wildlife, as well as opening up more space for the plant life which the Trust wants to encourage.

The dunes of Woolacombe Warren create a beautiful landscape and a stimulating and inspiring place to visit, so this seemed the perfect environment to trial invisible fencing.  The herd of North Devon Red cows grazing the dunes have been fitted with collars that respond to a radio signal emitted by a cable buried around the dunes. When approaching the cable an alarm sounds on the collar and the clever cows have been trained to know that if they continue in the same direction they will receive a pulse from the collar to deter them from continuing any further. The cows really got the hang of this and rarely tested the boundaries beyond the alarm bell.  Looking after the cattle and ensuring their wellbeing was a top priority, so veterinary observation was carried out throughout the trial of this innovative fencing and there continues to be no cause for concern.

The cows grazing Woolacombe Warren achieved more than anyone could have hoped for during this modest trial on 6 hectares of the warren, so everyone is excited to see what comes to the light this spring. Only grazed there for the winter, the cattle will be taken off the dunes by the end of March.  It has been great for the cows, avoiding being kept indoors all winter and being able to reside in a dry environment with the fresh low rougher forage that North Devon Red cattle are known to thrive on. It really has been a win for both farming and nature!

For more information on the work carried out by The National Trust, go to: https://www.nationaltrust.org.uk/site-search.html?q=wildlife+conservation+projects

If you wanted to see the project in action, it was featured on the BBC Countryfile programme on 5 March 2017, now available to watch on the BBC iplayer if you missed it.

As the invisible fencing works so well spectacles, such as when a cow decided to join surfers at Croyde beach last year, will probably be avoided! 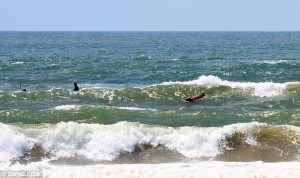 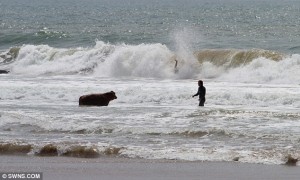